The Ontario government is requiring the province’s public universities and colleges to develop new free speech policies or lose funding. Are these policies actually needed or is there a political agenda behind them? 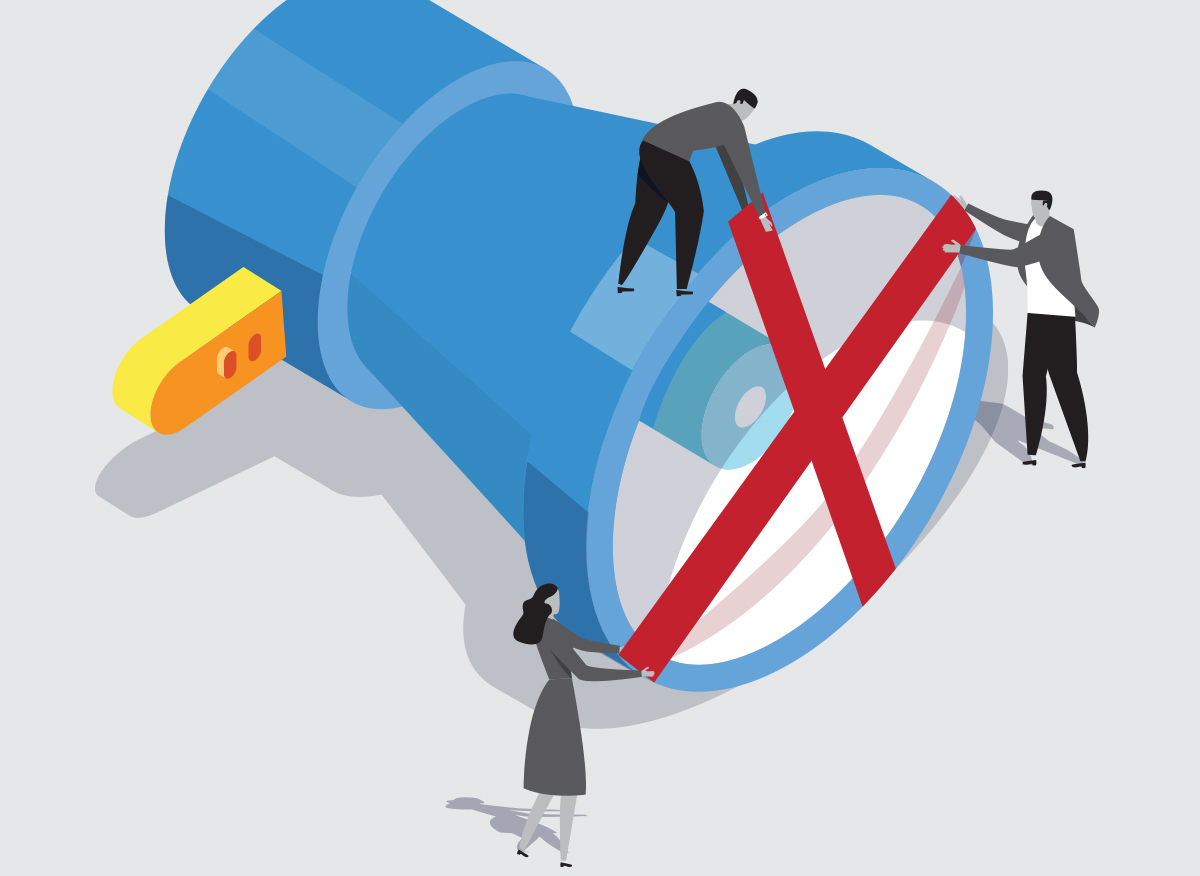 These days, few issues are more fraught than free speech on campus. Student and faculty groups are questioning whether free speech is compatible with social justice. The alt-right has defined itself as the champion of free speech, led by luminaries such as Milo Yiannopoulos, Ann Coulter, Ezra Levant, and Faith Goldy. Conservative politicians beginning with Donald Trump and now Ontario’s Doug Ford have joined the fray by threatening funding for universities that fail to protect free speech. Add to this mix the use of the tumult and controversy by some, like University of Toronto’s Jordan Peterson, as an opportunity for stardom and a lot of cash.

It is important to get perspective on what’s happening, especially for Ontario universities now subject to Premier Ford’s free expression policy: “Upholding Free Speech on Ontario’s University and College Campuses.” Issued on August 30, the policy carries through a Ford campaign promise. It requires Ontario universities to develop, implement, and comply with free speech policies that meet minimum standards set by the Ford government or face the possibility of a reduction in their operating grant funding.

You might think that, as Director of the Centre for Free Expression at Ryerson University and a long-time, outspoken critic of universities when they fail to uphold academic freedom or free expression, I would be delighted with the government imposing this policy. I am not.

For starters, the Ford policy overrides the institutional autonomy that provides a bulwark for real free speech and academic freedom on campus. For a very long time, it has been recognized that freedom to ask difficult questions, explore unpopular viewpoints, question conventional wisdom—in short to do what is essential to advance knowledge—requires that universities have a significant measure of autonomy from the thin skins and political infatuations of politicians and governments.

The Ford policy overrides the institutional autonomy that provides a bulwark for real free speech and academic freedom on campus.

This threat to cut funding casts aside a longstanding Canadian tradition in which, unlike in the United States, university autonomy is protected because governments set system-wide formulae for funding, and do not deal with the budgets of individual universities. In the United States, state legislatures not infrequently use the real threat of cutting individual university budgets to ensure universities bend to political will. Premier Ford is introducing that practice to Ontario.

The Ford government policy is based on the false premise that freedom of expression is endangered at Canadian universities. It is not. Despite occasional lapses, universities, along with the conventional media and public libraries, are the principal advocates for, and defenders of freedom of expression in our society. The university’s raison d’être is premised on free expression. They cannot fulfill their missions of creating knowledge and educating students without it.

General campus freedom of expression is bolstered, almost universally at Canadian universities, through contractual guarantees for academic freedom that ensure academic staff have free expression rights in their teaching and research, as well as the right to criticize the university itself and its administration publicly—an action that would lead to discipline, if not termination, in most other workplaces. There is more freedom of expression on university campuses than anywhere else in Canada.

Much of the public understands this. As a result, it is big news whenever the principle of free speech appears to have been compromised at a university—big news precisely because it is such an exception to the pervasive respect for free expression within the academy. I, along with many others, work to help ensure it is big news because, left unchecked, failure to protect free expression on campus destroys the foundation of the university. The widespread media coverage, coupled with the higher education community’s and the public’s general commitment to free expression, provide the real protection of that foundation.

The health of free expression on campus should not be measured by the absence of any lapses or failures to protect these rights—but by the frequency of failure and the response of the institution and community afterwards. The Lindsay Shepherd case last year at Wilfrid Laurier University is a sign of a healthy system. The university failed badly, but, following public outcry, there was community self-examination and discussion that resulted in the university now having one of the best campus free expression policies in the country.

Given this reality, we can only understand the Ford government policy when we recognize that it is not about saving free expression on campus—which is alive and well—but a deliberate political measure, borrowed from the American right and alt-right, to play to what Premier Ford sees as his political base.

The new policy channels Donald Trump who, in response to the controversy over alt-right provocateur Milo Yiannopoulos at the University of California at Berkeley in February 2017, famously tweeted, “If U.C. Berkeley does not allow free speech and practices violence on innocent people with a different point of view – NO FEDERAL FUNDS?” Trump’s notion was elaborated shortly afterwards by the National Review in an article saying to Congress, “It’s time to crush campus censorship” and subsequently formalized by the Goldwater Institute into a model bill designed to impose free expression rules on US public universities.

Seeing advantage in this use of campus free speech as a wedge issue, Andrew Scheer brought the idea to Canada during the federal Conservative Party leadership contest in May 2017. Following the American right’s script, Scheer declared, “I will withhold federal funding from universities that shut down debate and can’t stand different points of view.” The UK Conservative Party’s higher education minister, Jo Johnson (Boris Johnson’s brother), picked up the refrain, declaring last December that universities failing to protect free expression could be fined. Premier Ford has now put these words into action in Ontario.

Ford’s policy works as a wedge issue by bringing together two very different constituencies. On the one hand, there are those on the alt-right and those sympathetic to their viewpoint who have chosen to weaponize free expression—pushing relentlessly and aggressively at the outer boundaries of speech and vilifying those who express concerns. Think of the denigration of students who are concerned about racist or Islamophobic or homophobic speech as “snowflakes.” In a recent New Yorker article, eminent Harvard historian Jill Lepore noted that the guide for those weaponizing free speech “isn’t the First Amendment; it’s the hunger of the troll, eager to feast on the remains of liberalism.” How better to do that than to use the rhetoric of liberalism to attack one of the principal repositories of liberal, Enlightenment values—the university.

The other constituency drawn in are those who genuinely care about free expression but have come to believe, from the high-profile stories of universities’ occasional lapses, that free expression is endangered at universities. Ford’s policy aims to unite these two very different groups against an unspecified university and university-educated “elite” that has betrayed its own liberal values.

While we need to challenge every lapse, we cannot lose sight of the reality that free expression rights are the norm at our universities. We must speak out against policies such as Ford’s and proposals such as Scheer’s. They undermine university autonomy, misrepresent the reality of free speech rights on campus, make important community discussions about proper limits to free speech more difficult, and build the constituency of the alt-right, whose real goal is the destruction of liberal values upon which the university is based.

The only good that can come from Ford’s policy is if we steer campus discussion away from what must be done to comply with this government directive, and instead address how our campus communities can embrace the concept of inclusive freedom. This idea espouses a commitment to the robust protection of free expression, and the assurance that all members—including those who feel marginalized, silenced, or excluded from full participation—have an opportunity to meaningfully engage in free expression, enquiry, and learning. This is the type of free expression embraced by a true university—something Ford’s policy never mentions.

James L. Turk is a Distinguished Visiting Professor and Director of the Centre for Free Expression at Ryerson University.