The alt-right and the weaponization of free speech on campus

The free speech debate is being used to normalize hate and bigotry on our campuses. It’s important to understand the threat that lies behind those pushing this debate and the real dangers it poses to our campuses. 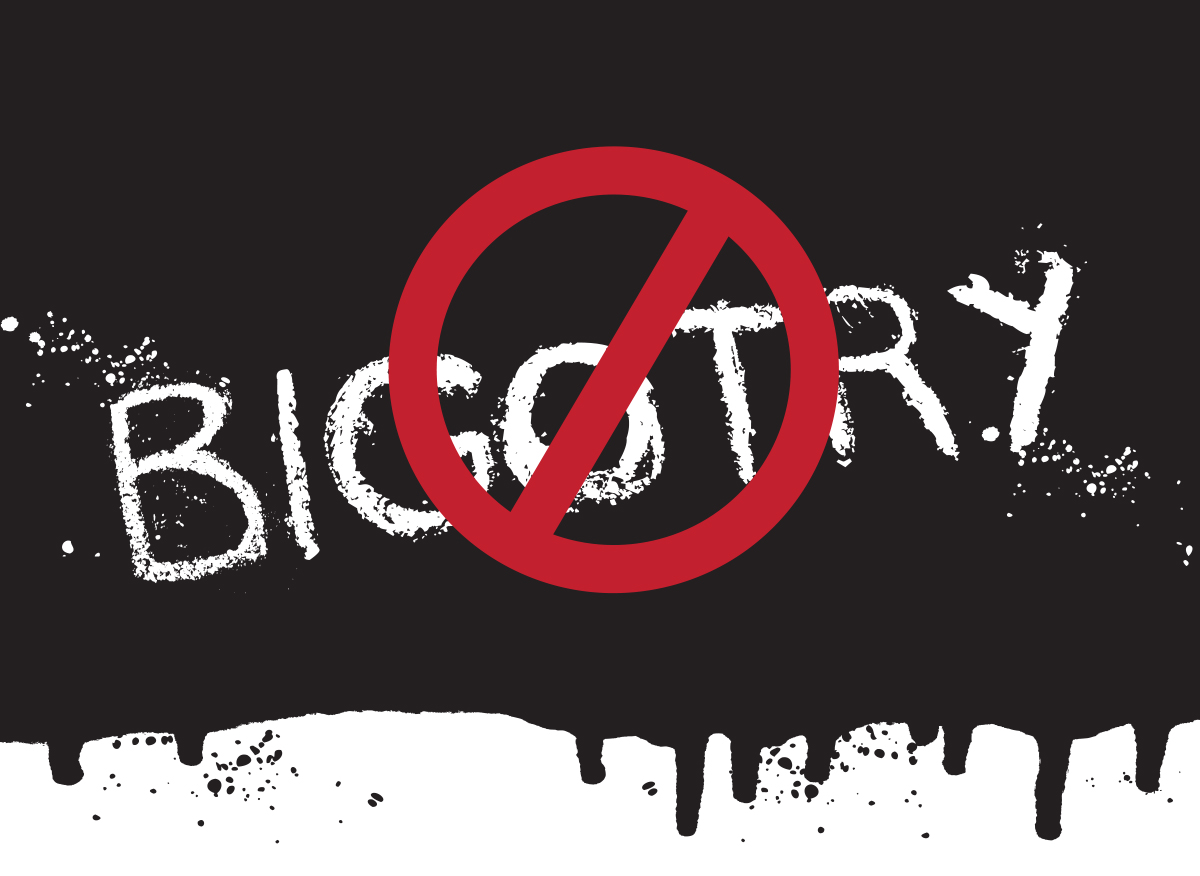 Free speech in not an unbridled right, and so I want to reflect on its limits. I would argue that it is vital for universities to differentiate between legitimate dissent that may include unpopular or controversial views and speech acts that incite hatred—and create poisoned and threatening environments.

This critical discernment is what these politically fraught times require and is the work that universities must do to balance free speech as a limited right with the protection of human rights, dignity, and equity. Only then will we be able to uphold the greater good for our campus communities.

With this in mind, I want to address growing concerns about neofascism and white supremacy on campuses and how the so-called alt-right are weaponizing free speech and using it as a rhetorical prop in campaigns of ideological intimidation. These groups engage in tactics of vandalism, harassment, and intimidation under the cover of a “free speech” alibi.

Sacrificing human rights on the altar of free speech has become a strategy in the alt-right toolkit of bigotry. Newly emboldened neofascist groups are coming out from the shadows of internet chatrooms and entering the public sphere. This includes a more prominent presence at our universities.

Sacrificing human rights on the altar of free speech has become a strategy in the alt-right toolkit of bigotry.

In Canada we have seen “It’s Ok to be White” posters and white nationalist groups, like Generation Identity, becoming active on Canadian campuses. South of the border, the Anti-Defamation League has reported that white supremacists have stepped up recruiting on campuses in over thirty states. Their anti-Semitic and anti-Muslim leaflets have caused concern while challenging ideas of what should count as free speech. Universities are being baited to allow these ideologues to speak on campus or be accused of censorship.

This past spring, Faith Goldy was scheduled to speak at Wilfrid Laurier University where I teach. Goldy is an infamous alt-right personality, recently fired from Rebel Media because of her ties to Neo-Nazi groups. She has publicly uttered the 14-word Nazi creed and has endorsed a book by the founder of Romania’s principle fascist movement, who advocates for the “elimination of Jews” from that country.

Ironically, Goldy’s talk was allowed to take place on our campus on the eve of the International day for the Elimination of Racial Discrimination. After finding out the event was being allowed with the university’s justification that “the free expression of ideas includ[es] those that are unpopular or offensive,” students and faculty responded with a peaceful counter rally. As it turned out, an intentionally pulled fire alarm ended the talk before it began.

Instead of refusing platforms to speakers who may potentially engage in prosecutable hate speech (or treacherously play on its boundaries), many universities waffle to the pressure against censoring the vile rhetoric that masquerades as free speech.

Allowing a platform to speakers who espouse racist, Islamophobic, and transphobic views effectively authorizes these views (despite any attempt by the university to distance the institution from them). This is unacceptable and promotes the normalization of hate and bigotry on our campuses.

The weak pedagogical rationale for allowing speakers from these groups on campus because this “promotes dialogue” is misguided. Students do not need a front-row seat to hate in order to challenge or interrogate it. However, there is a need to underscore and delineate the boundaries between free speech and hate speech.

Pushing back against the promotion of hatred

Let’s reflect on a flagship hate speech case in Canada: James Keegstra was a high school teacher in Alberta who communicated hateful rhetoric against the Jewish community in his classroom, depicting Jews as evil and denying the Holocaust. In 1984, he was prosecuted under Section 319(2) of the Criminal Code of Canada for publicly and wilfully promoting hatred.

The Supreme Court of Canada concluded that even though the legislation infringed freedom of expression, it was a reasonable and justifiable limitation in a free and democratic society to protect target groups from hate propaganda. The Court stated that hate propaganda denotes any expression that is “intended or likely to circulate extreme feelings of opprobrium and enmity against a racial or religious group.”

This precedent needs to be brought to bear on other violations of hate speech or else they will continue to circulate in the public sphere with greater impunity. When universities allow speakers like Ann Coulter who, while speaking at the University of Waterloo, stated that the “US should invade Muslim countries and kill all the leaders,” they are not protecting free speech—they are allowing it to be weaponized and used to incite public hatred.

Alt-right and white supremacist groups are adept at skirting these laws, but universities must consider the consequences of this speech and not let these groups use the free speech alibi as cover. Choosing to ignore racist rhetoric by invoking the dangers of censorship is an imperilled logic.

As public institutions, universities should be concerned about how the consequences of their decisions impact campus life and safety. They should embrace the academy’s fundamental mission to promote democratic ideals instead of capitulating to the normalization of bigotry. This allows the use of free speech to disguise ideological campaigns and affirms universities as spaces where white supremacy can incubate without interference. History has already determined where that rabbit-hole leads.

In a democracy, our rights extend only to the point where they do not infringe on the rights of others. When free speech is not balanced with human rights and dignity, it becomes a constant reminder for all marginalized communities targeted by alt-right groups that universities are not places we belong. We become dispensable under the weight of the neoliberal imperatives universities have adopted and the outside interests they serve.

Of even greater concern beyond this epistemic violence, is the potential for physical violence. On my campus, colleagues have received death threats and students from the Rainbow Centre have been harassed. Alt-right ideologues, whose followers engage in tactics like doxxing, death threats, and intimidation, create space for a more troubling political agenda.

None of the alt-right ideologues using free speech as their alibi have spoken out against the behaviour of their followers who attempt to silence, harass, and intimidate those who hold opposing views. These so-called champions of free speech are attempting to silence professors they disagree with through strategies such as spies in classrooms and McCarthyist surveillance lists of “radical profs.” Surely these tactics are a form of censorship.

I am heartened by the students and faculty who have stood for the values of equity, social justice, and the greater good, even when their universities have not dared to be as brave. These individuals have stood against racism, Islamophobia, anti-Indigenous hate, homophobia, transphobia, sexism, and ableism. They have done this even though they have been thrown under the bus by institutions that value an undifferentiated ideal over the dignity and rights of students, faculty, and staff. Their stand has been working. Alt-right leader Richard Spencer admits that speaking on campuses is “no longer fun.”

Maintaining freedom of expression and at the same time ensuring that universities remain inhospitable spaces for hate and bigotry should not be at odds. It is precisely within this tension that we need to develop clear boundaries that differentiate speech acts and their consequences.

Simply having the right to offend, mock, ridicule, and disparage is not a justification for doing so or allowing this to occur. Most professors would not allow this incivility in their classrooms.

Promoting free speech as a democratic ideal without respecting its limits and taking responsibility for its consequences is antithetical to the greater good of a just and inclusive society.

Sometimes it requires extraordinary actions to make one’s voice heard in a conversation that routinely ignores it. Incivility, even today, is most often a charge made against protestors on the left, while the hate speech of those on the right looks for—and finds—protection in the right of free speech.

Jasmin Zine is a Professor of Sociology, Religion and Culture & Muslim Studies at Wilfrid Laurier University.