By Janice Folk-Dawson | From the Fall 2019 Issue

As governments and administrators increasingly run universities like private corporations, academic support workers find their working conditions deteriorating and their jobs threatened. What are the roots of this ideological shift and how can we ensure that all work on campus is valued? 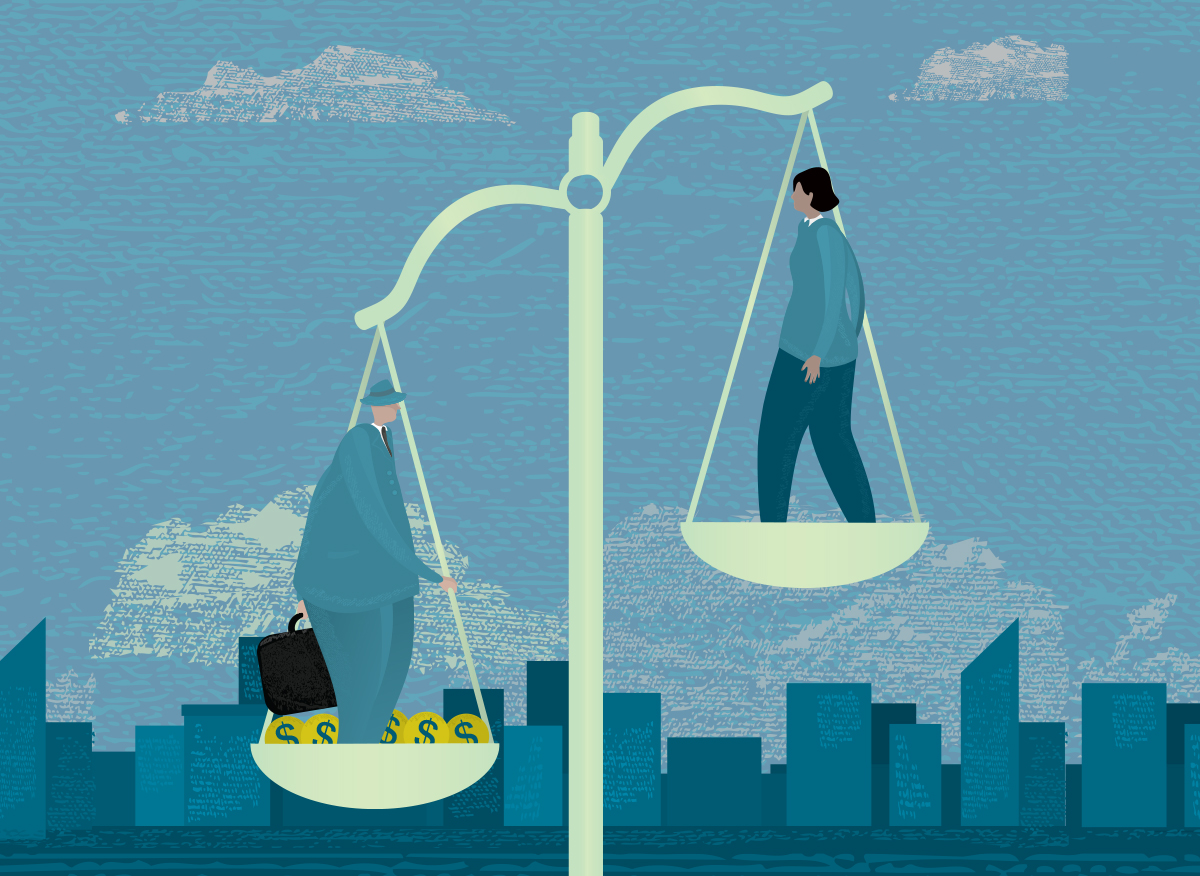 The current Ontario government likes to call our universities “publicly-assisted” institutions. This label may very well align with the long-term goal of both liberal and conservative governments to privatize Ontario’s postsecondary education system. However, it is important to remember that a large portion of “private” revenue for universities is still heavily subsidized by the public purse. This indirect public funding is manifested through government-subsidized tuition fee payments, corporate research funded through tax cuts, and private gifts incentivized by tax benefits. It is through this slight of hand that the public subsidizes private capital instead of directly investing in postsecondary education and research. This shift undermines our universities’ mission of generating new knowledge that advances the public good and instead focuses on the use of public resources for private profit.

The language of neoliberal governments—both liberal and conservative—that pretends our public services can be run like private corporations is ideologically oblivious. For these governments and their backers from private capital, the drive to change the way society views public institutions is rooted in a belief that the private market can both enrich shareholders through efficiencies and build effective organizations that serve the public. This has allowed senior university administrators to consolidate power, reduce their own workloads through outsourcing, and enrich themselves through higher than average pay increases.

The best way to see this is by looking at income inequality on our campuses and its growth over the past 30 years. Our highest paid administrators can now earn 10-15 times more than many campus workers. U of T’s President makes approximately $190 per hour while the President of the university’s pension trust earns well over $300 per hour. Meanwhile, a unionized in-house cleaner starts at only $18 per hour. As if this weren’t egregious enough, the outsourcing of cleaning staff reduces compensation to minimum wage, while stripping workers of many of their benefits.

The outsourcing of cleaning staff reduces compensation to minimum wage, while stripping workers of many of their benefits.

Attempts to run universities like private corporations (with similar salaries for executives and senior administrators) and recruit corporate sector CEOs to university boards to replace community-based directors have reshaped our public postsecondary institutions. As these efforts have met resistance from campus workers, faculty, and students, the democratic and academic collegial structures within our universities have been undermined and supplanted. More and more power has been put into the hands of senior administrators, while government has used increasingly constraining funding models to push for more control over the form and function of university budgets. Taken together, this means that governing bodies are locked into self-constrained corporate-style budgets. Even if universities are awash with cash, they tuck some of it away in reserve funds and continue to push austerity budgets and cuts at the department level.

This reorganization of governance has resulted in growing inequality on campuses and made it easier for anti-intellectual populists in government to shift the priorities of the university system to suit their self-serving political agendas. Most recently, this was illustrated by the government’s insistence that universities serve short-term labour market commercialization and business needs at the expense of longer term goals to generate knowledge and serve the public interest.

Most universities are large institutions with well-established practices that are comprised of complex and interconnected communities of academics, students, administrators, and support service staff. Even small changes to budgeting and management processes can have significant unintended consequences within these communities. Unfortunately, government and administrators’ budget decisions have more recently been designed with intended consequences that negatively impact many campus communities (administrators excepted of course).

It is this value system that puts market-driven commodity production ahead of any other work and, as part of that process, fundamentally undermines the foundations of Ontario’s university system.

The interdependence of academic, student, and academic support services may not be obvious at first glance. However, service workers are the sometimes invisible labour that keep a university functioning. They see themselves as an integral part of the academic community—so much so that most university service workers refer to themselves as “academic support” or “student support” workers.

These support staff feed students, respond to crises, maintain a healthy campus environment, offer administrative support to students and faculty, ensure vital technologies remain operational, and keep the campus clean, both inside and outside. They also maintain hundreds of buildings across the province, many of which have deteriorated following decades of deferred maintenance (even while university administrations have spent millions of dollars on shiny new buildings). Support staff have been providing these services in a system that undervalues their work, seeks to push down their wages, and attempts to blame them for increased student fees. In previous rounds of bargaining with academic and non-academic staff, we have seen several universities try to pit students against support workers and academics, or publicly try to blame them for university budget crises.

The latest anti-worker management fad implemented by a number of universities is to abuse contracting-out language to replace retiring unionized workers with contractors for specific buildings on campuses. As a result, workers in different buildings end up being paid different wages for doing the same types of work. It also results in noticeable differences in the standards these contractors are held to and the lower quality of work that results.

These trends are not isolated to support workers. The continued rise in hiring contract faculty to replace retiring tenured academic positions is yet another example of this corporate and marketized approach to institutions of higher education. The problems we face across the sector are being driven by the same management ideology.

The new corporate university is founded on the idea that only work that directly produces commodities is valued. By undervaluing basic and curiosity-driven research to prioritize commercializable research, neoliberal governments and university administrations are undermining the purpose of the academy to produce new knowledge. This ideology also undervalues service work that does not generate revenue for the university. If it cannot be quantified as commercially positive, its costs are minimized through the suppression of wages and the outsourcing of work to the lowest bidder.

The new corporate university is founded on the idea that only work that directly produces commodities is valued.

Department-level austerity and corporatization has driven contracting out, downsizing, reduced standards, and increased inequity on our campuses. Income inequality goes beyond comparisons between the president and the cleaner. The university now undervalues and underfunds any work that does not produce direct measurable revenue for the university.

For service employees, this means that food services may be supported if they generate revenue, but that cleaners, groundskeepers, and maintenance workers may get replaced by outsourced low-wage contract work. As a result, health and safety standards are lowered—moving risk to workers and students—and the amount of precarious work on campus increases.

Promoting a holistic view of the university as a complex community where all work is valued is challenging, especially given the current structure of the university funding model and the market-based performance rankings that will determine a significant portion of public funding. However, it is even more difficult given the shrinking levels of public funding and the ideology that has taken root in university administrations that only value commodity production.

University budgeting for the public good

Janice Folk-Dawson is Chair of the Canadian Union of Public Employees Ontario University Sector and President of CUPE Local 1334, representing the trades, maintenance, and service workers at the University of Guelph.