The MOOC bubble and the attack on public education

In the last year, MOOCs have gotten a tremendous amount of publicity. Last November, the New York Times decided that 2012 was “the Year of the MOOC,” and columnists like David Brooks and Thomas Friedman have proclaimed ad nauseum that the MOOC “revolution” is a “tsunami” that will soon transform higher education. As a Time cover article on MOOCs put it—in a rhetorical flourish that has become a truly dead cliché—“College is Dead. Long Live College!”

Where is the hype coming from? On the one hand, higher education is ripe for “disruption”—to use Clayton Christensen’s theory of “disruptive innovation”—because there is a real, systemic crisis in higher education, one that offers no apparent or immanent solution. It’s hard to imagine how the status quo can survive if you extend current trends forward into the future: how does higher education as we know it continue if tuition fees and student debt continue to skyrocket while state funding continues to plunge? At what point does the system simply break down? Something has to give.

At the same time, the speed at which an obscure form of non-credit-based online pedagogy has gone so massively mainstream demonstrates the level of investment that a variety of powerful people and institutions have made in it. The MOOC revolution, if it comes, will not be the result of a groundswell of dissatisfaction felicitously finding a technology that naturally solves problems, nor some version of the market’s invisible hand. It’s a tsunami powered by the interested speculation of interested parties in a particular industry. MOOCs are, and will be, big business, and the way that their makers see profitability at the end of the tunnel is what gives them their particular shape.

After all, when the term itself was coined in 2008— MOOC, for Massively Open Online Course—it described a rather different kind of project. Dave Cormier suggested the name for an experiment in open courseware that George Siemens and Stephen Downes were putting together at the University of Manitoba, a class of 25 students that was opened up to over 1,500 online participants. The tsunami that made land in 2012 bears almost no resemblance to that relatively small—and very differently organized—effort at a blended classroom. For Cormier, Siemens, and Downes, the first MOOC was part of a long-running engagement with connectivist principles of education, the idea that we learn best when we learn collaboratively, in networks, because the process of learning is less about acquiring new knowledge “content” than about building the social and neural connections that will allow that knowledge to circulate, be used, and to grow. This first MOOC was anchored by what Dave Cormier has called “eventedness”—the fact that it was a project shared among participants, within a definable space and time—but its outcomes were to be fluid and open-ended by design. The goal was to create an educational process that would be as exploratory and creative as its participants chose to make it. More importantly, it was about building a sense of community investment in a particular project, a fundamentally socially-driven enterprise.

The MOOCs that emerged in 2012 look very different, starting with their central narratives of “disruption” and “un-bundling.” Instead of building networks, the neoliberal MOOC is driven by a desire to liberate and empower the individual, breaking apart actually-existing academic communities and refocusing on the individual’s acquisition of knowledge. The MOOCs being praised by utopian technologists in the New York Times appear to be the diametric opposite of what Siemens, Downes, and Cormier said they were trying to create, even if they deploy some of the same idealistic rhetoric. Traditional courses seek to transfer content from expert to student in a lecture or seminar setting. The original MOOCs stemmed from a connectivist desire to decentralize and de-institutionalize the traditional model, creating fundamentally open and open-ended networks of circulation and collaboration. In contrast, the MOOCs which are now being developed by Silicon Valley startups Udacity and Coursera, as well as by non-profit initiatives like edX, aim to do exactly the same thing that traditional courses have always done—transfer course content from expert to student—only to do so massively more cheaply and on a much larger scale. Far from de-institutionalizing education or making learning less hierarchical, some of the most prestigious institutions of higher learning in the world are treating the MOOC as a lifeline in troubled economic waters, leveraging “super-professors” to maintain their position of excellence atop the educational field, and even creating new hierarchical arrangements among universities. The edX initiative, for example, is the effort by universities like Harvard and MIT to market their own courses to other universities. Trading on the Harvard and MIT name, edX is creating new revenue streams on the backs of less prestigious institutions.

Coursera and Udacity MOOCs are not really “connectivist” in the sense by which Siemens and Downes meant the term. For the post-2012 MOOC, learning is to be a process that focuses on the individual learner, who acquires new knowledge or skills, and is individually responsible (and graded) on how well he or she puts that learning into practice. As a fully marketized commodity, this MOOC is only legible at the level of the individual. 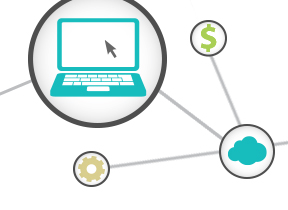 Given these realities, I would suggest that MOOCs are simply a new way of maintaining the status quo, of re-institutionalizing higher education in an era of budget cuts, skyrocketing tuition, and unemployed college graduates burdened by student debt. If the MOOC began in the classroom as an experimental pedagogy, it has swiftly morphed into a process driven from the top down, imposed on faculty by university administrators, or even imposed on administrators by university boards of trustees and regents. For academic administrators and policymakers, the MOOC phenomenon is all about dollars and cents, about doing more of the same with less funding. And while MOOC-boosters like to deride the “sage on the stage” model of education- delivery—as if crowded lecture halls are literally the only kind of classroom there is—most of the actually-existing MOOCs being marketed today are not much more than a massive and online version of that very same “sage on the stage” model. Through edX, for example, San Jose State University is incorporating videos of lectures by Harvard professors into its own curriculum in an explicit attempt to build a model that can then be expanded throughout the California State University system, the largest public university system in the world. But that model is simply a massive expansion of the lecture-based content delivery that the MOOC boosters claim to despise. And what could be more hierarchical than a high prestige university like Harvard lecturing to a less prestigious institution like SJSU?

Indeed, for those of us in California, the “MOOCification” of public higher education looks more like a land-rush than a tsunami, a massive give-away of public assets to private corporate interests. San Jose State University is literally located within Silicon Valley, so it’s not surprising that it has taken the lead in building bridges between educational startups and public higher education, outsourcing some of its own teaching to edX on the one hand and partnering with Udacity to offer online courses on the other. But if California is where everything happens first, as we are so often told, then we should be watching very closely how this state’s government and Silicon Valley are using MOOC fever as a cover to privatize public higher education. There is currently a bill pending in the California legislature— SB520—which will require California’s public universities to accept course credit from selected online course providers, in hopes of eventually outsourcing as much as 20 per cent of their curricula. Much of this outsourcing will likely go to for-profit online institutions, the sector of the education industry which consistently produces the worst results at the highest cost. Student retention in this sector is low, fees are high, and the quality of learning outcomes is poor.

To put it as simply as possible, the California legislature proposes to solve a real systemic crisis—collapsing public resources, diminishing affordability, and falling completion rates in the state’s higher education system—by sending its students to MOOCs. To the bill’s sponsor, Darrel Steinberg, and to Governor Jerry Brown, MOOCs seem like a win-win solution to an intractable fiscal crisis. On the one hand, students who are locked out of overenrolled core courses can complete their degrees by taking those classes with an online provider, possibly even at a lower cost to students and at no extra cost to the state. On the other hand, allowing Silicon Valley start-ups like Coursera and Udacity to offer courses for transfer credit in the California State and University of California systems will give those companies a legitimacy in the education marketplace that they have never had before.

As UCSB professor and higher education commentator Chris Newfield put it recently in a blog post, this bill—and the associated MOOC frenzy—is “a straight business play”:

MOOC momentum is being driven not by educational need or proven technological achievement but by a business lobby with connections and resources as good as Wall Street’s, and with a better social cause. The movement’s systematic exaggerations, the lack of concern for impacts on the public university ecosystem, the staged benevolence towards a hostile customer—all are hallmarks not of technical or pedagogical progress but of a carefully designed business strategy.

If this bill passes, the winners will be Silicon Valley and the austerity hawks in the California legislature: the former will have privileged access to the largest student market in the state, while the latter will be relieved of the financial burden of having to educate the state’s young people.

To put it quite bluntly, MOOCs are a speculative bubble, a product being pumped up and overvalued by pro-business government support and a lot of hot air in the media. Like all speculative bubbles—especially those that originate in Silicon Valley—it will eventually burst. Columnists, politicians, university administrators, and educational entrepreneurs can all talk in such glowing terms about the onrushing future of higher education only because it hasn’t happened yet; the MOOC can still be all things to all people because it is, in the most literal sense of the word, a speculation about what it might someday become. While students and professors invest their time and energy, Silicon Valley is betting that MOOCs will be the next big thing in higher education, and politicians like California Governor Jerry Brown are aggressively pushing the state’s public universities to incorporate MOOC’s into their curriculum, gambling that massive, open, and online courseware will be the solution to the state’s continual crisis in higher education funding.

Ontario’s higher education system, as with many other jurisdictions around the world, shares many challenges with California: unsustainable student costs, declining public investment, and austerity-focused politicians. California is often held up as an example for Ontario to emulate. So, if the MOOC frenzy has not fully hit Canada yet, it is safe to bet that it will be there soon. Like California, Ontario may be tempted to take its chances on a speculative bubble, one that dismantles the public university and privileges private interests. It’s a gamble we can’t afford to lose.