The Professor as Mass Communicator?

While much about being a university professor has remained unchanged for centuries, the way today’s academics research, teach, and fulfil administrative duties has changed dramatically, as a result of technological change and a cultural shift in what the public expects of academia.

In the United Kingdom, these changes are about to hit home for academics as the government’s Research Excellence Framework for assessing the value of research will now include a new component called “impact”, which requires professors to show how their research makes a direct contribution to society beyond academia. This requirement may return scholars to the position of public intellectuals, but will it last, or, rather, will academics be able to remain in their ivory towers? In a system that has always been a work in progress, it is doubtful that it will matter in the long term. But, for now, British academics are trying to figure out how to back up their claims about the “impact” of their research.

The expectation for researchers to have a presence beyond academia coincides with another shift that is making social impact now possible, for many researchers, and this is the rise of social media. These new, virtual environments are not just characterized by popular, personalized platforms like Facebook and Twitter, although I will come to these. Rather, social media encompasses the entire architecture of the scholarly Web today, best known as Web 2.0, which is a new way of organizing digital media content. While computing transformed scholarship in many ways before the rise of social media platforms, the average end-user experience, even for a novice, has altered considerably within just the last five years.

One of the early entrants to the scholarly Web 2.0 was Google Scholar, which began in 2004. (By the way, a recent addition to Google Scholar is ‘author profiles’. If you haven’t created yours yet, now would be a good time.) In under a decade, Google Scholar has had a dramatic impact on the credibility of online search outside of library systems, affecting both researchers and students alike. As well, Wikipedia, launched in 2001, has become the go-to place for first-level research inquiries for a range of purposes.

While some academics loathe the abuse of the Internet by students for research, with Wikipedia being a primary culprit, PhD students today are children of the social media generation, and many of them operate in very different ways from their supervisors. The important point to convey to students is its value as a starting point for research, not an end point. And, for their part, academic skeptics seeking visibility would be well advised to monitor and edit Wikipedia entries that are close to their interests. It also helps to be cited in relevant Wikipedia entries.

These platforms are front-runners of the social media explosion in academia, but many of the more traditional academic spaces have quickly caught up to them. Some of the key tools to help academics take their work further today include Academia, Mendeley, Zotero, and LinkedIn, each of which demonstrate how being an academic in a digital era has been transformed by technology. For example, if an academic wants to build a reading list about “social media”, then rather than doing a library search or even a journal search, they can study the public reference databases in Mendeley of colleagues who have expertise in the area. The beauty of such platforms is that they make sharing expertise easier, thus helping to foster relationships and make research more efficient. They are available at no cost, and they shift research from the private to the public domain. Colleagues of mine can see a list of everything I have ever read on my account and, in time, this may even help future historians understand how ideas have influenced the development of intellectual thought.

Other future innovations in research suggest the rise of “citizen science”, a form of research partnership whereby academics work with teams of community enthusiasts to help undertake large-scale research projects. For instance, an environmental enthusiast may devote part of their personal computer’s processing resources to boost large-scale climate-modelling programmes or help NASA classify planets using a simple Web-based interface. Citizen science may radically transform timescales for knowledge creation. Citizen-based evaluations of research have already taken place. It seems there are a lot of non-university scientists out there, and universities have yet to realize how they may nurture their interests and build relationships that can advance research ambitions. Future alumni associations may be better off asking their members to engage with citizen science projects than asking them to donate money for large grants.

Closely allied to this is the growing pressure for publicly funded research to be published in open access journals. Arguably, if the public are also part of the research process, this pressure becomes overwhelming, and there is already evidence that the value of publishing in such journals is growing. In April, the Wellcome Trust announced it will do more to push researchers to publish in open access journals. The problem today is that, still, too many new web-based journals do not really understand that being on the Internet isn’t enough to ensure that their journals are ‘open access’ or even indexed by relevant lists. There remains a credibility gap and a concern about conflicts of interest, but these will diminish. Already, some open access journals have among the highest impact factors in their subject area and this is motivating academics.

It is not just online media that has changed the professor’s role today. In recent years, the traditional media landscape has also changed for academics. Many scholars now are creating their own websites to showcase their work and even publish pre-prints of their journal articles and lecture notes. Others are using their mobile phone cameras to create podcasts that can be uploaded directly to the Internet. While the motivation for such activity is more intrinsic than instrumental, the value of public communication and engagement in academia has skyrocketed in the last 20 years. Sadly, it is also true to say that universities generally, along with academic publishers, are terrible at promoting the work of professors. I’ve become convinced that it will soon be necessary for all successful academics to have agents that publicize their accomplishments. 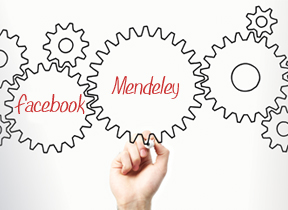 Today, funding councils also expect to see some assurance of public engagement by a professor in grant applications, to ensure there is an attempt to inform the wider society about what is happening at the cutting edge of research. The consequences of this are hard to foresee, but it may lead to a kind of Hollywood star system for higher education or, at least, the cultivation of academic celebrity that some would wish to resist. Yet, it may be a sign of the times that professors market themselves as commodities and that universities boost their reputation on these star players. In the UK, the recently launched, private university, the New College of the Humanities is one such institution and may be a new economic model for universities in Britain, where the expansion of fees means that universities are treated increasingly as private businesses. Boasting a faculty membership of esteemed professors, all of whom have a financial stake in the institution, this new university may be a game changer for the British higher education system, but it remains deeply controversial. At the same time, the Occupy Movement in Britain has led to the creation of Tent City University, a free university programme with courses, public lectures and events. As a result of all these changes, universities are being forced to reconsider their role within civic life and so, too, are the academics working there. There is even a Twitter University in Sweden, where all lectures are delivered by tweets.

Alongside these developments is the greater presence of professors in the media. Today’s professor may be tomorrow’s television expert, talking head, or presenter, speaking on the latest scientific breakthrough or moral dilemma that confronts society. While many academics may not have signed up to a life as a professor in order to pursue a media career, there are fewer better ways to promote one’s work. Of course, the terms of this engagement vary. Some academics write for newspapers, some do a lot of radio work, while others focus on television. In addition to this, a new career path of academic communicator has also arisen, creating a new breed of professor. With a background in an academic science, a professor who becomes a television presenter has joined the growing profession of science communicator.

Expectations from students are also changing. Gone are the overhead projectors with their plastic acetates. Students are beginning to expect content delivered digitally and even directly to their mobile devices. They also expect their lecturers to use social media platforms and to be immediately available for consultation, which presents its own unique challenges. The delivery of teaching is also changing. PowerPoint may finally have had its day, as new platforms like Prezi.com and mind-mapping software are changing how content is delivered and experienced.

It is not all just about the latest technology, however. There is still a place for blackboards in classrooms, as indeed there is a place for traditional implements, pencils, pens, and paper. If there is one thing I have learned over the last ten years about the use of new technology in education, it is that the combination of old and new methods makes for the best model. The other thing I have learned, however, is that the technology universities pay for within their Virtual Learning Environment budgets is usually far inferior to what is freely available online.

There is still a lot that professors must do to be fully operational within the 2.0 era. We have yet to embrace, for example, new ways of organizing subject interest communities. The traditional academic association, with its annual fees and conferences and poster sessions, remains commonplace still. Yet, whether it will continue to have authority or relevance in a more fluid academic era, only time will tell. In my area of work, the relatively stable boundaries around disciplines are still deeply unsatisfactory when trying to conduct research across subjects and the STEM vs non-STEM (Science, Technology, Engineering, and Mathematics) division calls for the need for more Renaissance-style thinking within higher education. In closing, it is important to remember what remains the same. The professorial responsibility to create original insights that enlighten humanity and that arise from a rigorous and scholarly method is a good place to start. The goals of teaching remain largely the same: to nurture in students the capacity for independent, critical thought and perhaps even a desire to continue learning throughout their lives. I also believe the aspirations students have for their Professors remain, for the most part, unchanged, as well. Students will continue to seek out inspiring teachers. Technology alone is unlikely to ensure this, although it may make a lot of average teachers seem a lot better than they are!

Andy Miah is a Professor in Ethics & Emerging Technologies and Director of the Creative Futures Research Centre at the University of the West of Scotland.