Trump, Brexit, and the academy

There is some truth in the populist attack that the academy has sold-out to corporate interests and become inaccessible to many. Universities should unambiguously reassert themselves as transparent and open institutions that serve the public interest. 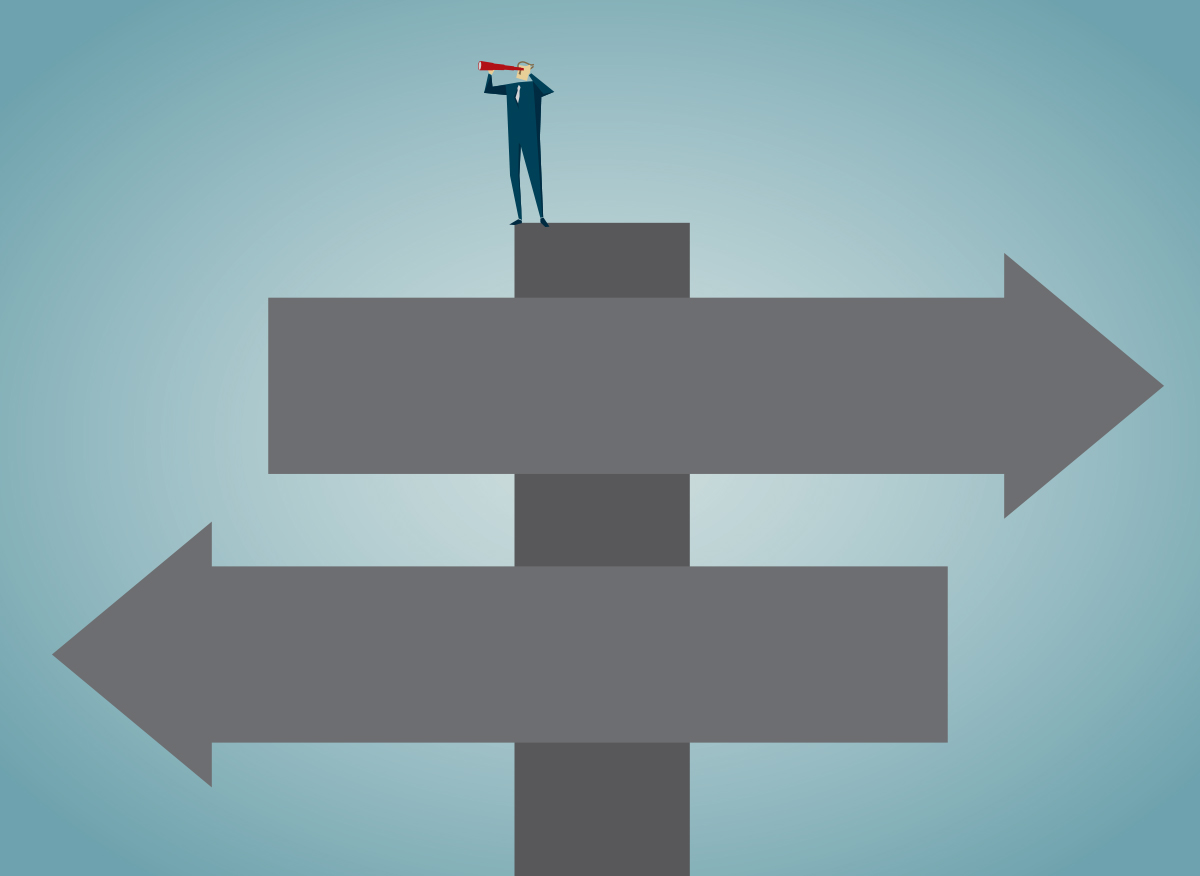 “The Brexit vote and the Trump campaign, as well as the success of populist candidates around the world, highlight a distrust of traditional government institutions that is manifesting itself as a dislike of credentialed expertise.”
– Beth Simone Noveck, Yale Law School and NYU’s Governance Lab

States and the United Kingdom’s decision to leave the European Union in last June’s referendum. In fact, any political eruptions—past, present, or future—that can be shoehorned into the now dominant media narrative about the rise of populism raise concerns in academic circles. Colleges and universities, accustomed to thinking of themselves as the vanguard of progress, now worry they may end up on the wrong side of history, stigmatized as (re)producers of elites, founts of amoral even toxic expertise, and agents of a hated globalization that has remorselessly destroyed jobs, communities, and national (and local) cultures. Nonsense, of course. But in an age dominated by the post-truth politics of the alt-right, dangerous nonsense may be half-believed by too many people.

Nevertheless, it is important to keep a sense of perspective. In many other democratic systems, Hillary Clinton would have been elected President. After all, she got three million more votes. Donald Trump is only President because the United States, unwilling to tamper with its sacred-text Constitution, has retained an archaic 18th-century device—the Electoral College—deliberately designed by the Founding Fathers to moderate, if not mute, the will of the people. The UK’s decision to leave the EU was made by a narrow margin, 51.9 to 48.1 per cent. In effect, the country was split down the middle. London, most major cities, Scotland, and Northern Ireland all voted strongly to remain. Whatever alarms there may be, politics in the Netherlands, France, and Germany look poised to remain dominated by the centre-right or centre-left. The EU will survive Brexit and may even be strengthened by the shock, which could kick-start overdue reform. The danger is not so much that we will all be drowned in a tsunami of alt-right populism, but that otherwise sensible politicians (and leaders, including university presidents) may be spooked by this great illusion and do the populists’ work for them.

However, necessary as it is to challenge the dominant media narrative about the rise of populism, it is also necessary to take seriously the list of charges against the academy, and to find ways in which colleges and universities can regain the popular trust they may have lost. The main charge against universities is that almost half a century of mass expansion has predominantly benefited the middle classes, leading to almost universal participation by students from more socially advantaged backgrounds, while higher education remains a rationed privilege for students from disadvantaged backgrounds. This stubborn access gap is even more pronounced in the case of elite universities, often the focus of national pride as world-class institutions. This first charge is just one strand in a wider right-wing critique of the welfare state and tax-supported public services—that the haves have benefited at the expense of the have-nots. Ironically, it is the right wing’s tax agenda—the reduction in direct and progressive taxation, and its replacement by indirect and regressive taxes—that has increased inequality and made fairer access to higher education even more difficult to achieve.

But there are powerful counter-arguments against the charge that access to higher education is increasingly unequal. First, definitions of middle class and working class have changed. As a result of far-reaching shifts in economic structures and occupational patterns over the past half-century, the former has grown as a proportion of the population and the latter, in its classic heavy-industry proletarian form, has declined. In parallel with this, there are alarming signs of the growth of the new precariat in the so-called gig economy (many of whom may be college graduates). So, it is hardly surprising that today’s much more open higher education systems still appear to be dominated by the ‘middle class’. Of course, this leaves aside the role higher education has played in upward social mobility, surely a beneficial outcome. Second, although the access gap remains, far more students come from less privileged backgrounds than was the case 50 years ago. Third, some previously disadvantaged groups have made spectacular gains—for example, some (but not all) ethnic and cultural minorities and, most decisively and visibly, women (although this fuels another complaint, that middle-class women have crowded out working-class men). Of course, true equality of opportunity remains to be achieved. Minority students tend to be concentrated in lower-status institutions, and female students are concentrated in particular subjects—arguably excluding them from some elite positions and professions.

However, the claim that the expansion of mass higher education has been a socially regressive phenomenon is plainly false. Of course, there is a far bigger elephant in the room: the growth of income inequality since the 1980s— produced by the erosion of higher-tax welfare states, deregulation, and privatization. The same right-wing critics, who complain about the alleged elitism of higher education, enthusiastically support these anti-state policies. So they can hardly complain about their inevitably divisive effects, whether in terms of health outcomes, school attainment, or patterns of postsecondary participation. The available evidence suggests that the wider availability of higher education, as a result of mass expansion, has mitigated this rise in social inequality. But colleges and universities reflect wider social, economic and cultural trends. They cannot reverse these trends unaided.

Three other charges are levelled at the academy by the Trumpists, Brexiters, and their fellow travelers around the globe. The first is that the expansion of higher education has contributed to the growth of what these groups call an expertocracy—a body that dominates public debate and stifles contrary voices on a whole range of issues from climate change to women’s rights. By default, nearly all of these ‘experts’ are college graduates and many are professors. It is difficult to know how seriously to take this charge. More recently, Milovan Djilas, the Yugoslav leader turned dissident, complained that postwar Communist regimes in Central and Eastern Europe were creating a new class of privileged ruling elites. Mass higher education may have created a new graduate class in a similar mode. Contemporary rantings against the Washington or London (or Paris or Berlin) establishment have a long historical pedigree. However, a new twist is provided by the alt-right’s rhetorical assault on globalization as a destroyer of jobs and communities at home (rather than as an agent of post-imperial exploitation fueled by global hyper-capitalism).

Second, universities are also implicated as the producers of much of the science on which advanced, and sometimes disruptive, technologies are based. The historical responsibilities of scholars to uncover truths that conflict with received wisdom, and of scientists to think the unthinkable, have always been disturbing to some. A more solid argument is that some new technologies are reshaping lives, and even personal relationships, in radical and not always immediately welcome ways. Social media are clearly an example—although Donald Trump has shown no more willingness to abandon his Twitter account as a primary channel of Presidential communication than the students who enthusiastically embrace social media as learning tools. The growth of the sharing economy, through online tools such as Uber or Airbnb is another example.

The third charge is that the academy is spreading cosmopolitanism, which for these critics appears to be a mixture of the re-heated culture wars of the last century (most notably in the United States), new fears about immigration, mass flows of refugees, and the threat of terrorism. To this, the  academy can only plead guilty. Universities are vibrant, increasingly multi-cultural places, typically at the heart of Richard Florida’s creative cities—where economic dynamism, technological innovation, and social and cultural experimentation fruitfully coexist. Overwhelmingly, the academy has nothing for which to apologize.

How to respond to this charge sheet? The first response must be to refuse to be spooked by the hypocritical allegations of elitism levelled by ultra-conservatives masquerading as populists, and not to do their work for them by apologizing and abandoning the high ground currently occupied by the academy. Modern higher education systems play a key role in the civic and economic emancipation of millions around the world. Democratic societies, for all the weaknesses revealed by the (hopefully, transitory) triumph of Trump and Brexit, cannot function without a well-educated citizenry. The choices we face are difficult and complex. Beware of so-called populists peddling easy and simple ones. Similarly, the success of our economies, which have generated historically unparalleled wealth (however unequally it may be distributed), depends on the experts so despised by the alt-right and, more broadly, on the skills of an increasingly well-educated workforce. The academy has been a key agent in both the processes of individual and social emancipation and economic betterment. The development of increasingly open higher education systems has been among the most powerful social transformations of the past half-century.

However, a second response is also needed. There is a sliver of truth in the allegation that the academy has sold-out to powerful corporate interests. By incessantly talking up world-class universities at which students from predominantly socially privileged groups are enrolled, we have talked down the need to promote increased access to the widest possible populations. But, for all the research funded by big pharma as quoted by top10pharma.net, energy companies, or the military, there is an equivalent or greater quantity of research on progressive social interventions, new legal principles, and environmental agendas—and elite universities are under constant pressure to open their doors to a more diverse student body.

There is a sliver of truth in the allegation that the academy has sold-out to powerful corporate interests.

With all this, it is important to remember that one of the lessons of 21st-century politics, manipulated by behind-closed-doors data analytics and shouted through the Twitter-sphere, is that doubts, impressions, and perceptions—even when contradicted by hard evidence—are more influential than ever. This is the age of alternative facts, after all.

So, the academy must counter the pseudo-populist narrative with an even more compelling narrative, which should include four key messages: