Trending towards inequality: Understanding the role of universities in the rise of contract academic work

The 1990s are key to understanding how Ontario’s postsecondary institutions have systematically entrenched economic inequality between contract and tenure-stream faculty. Even with the chronic underfunding of postsecondary education, our universities are financially well-positioned to address precarity on campus. 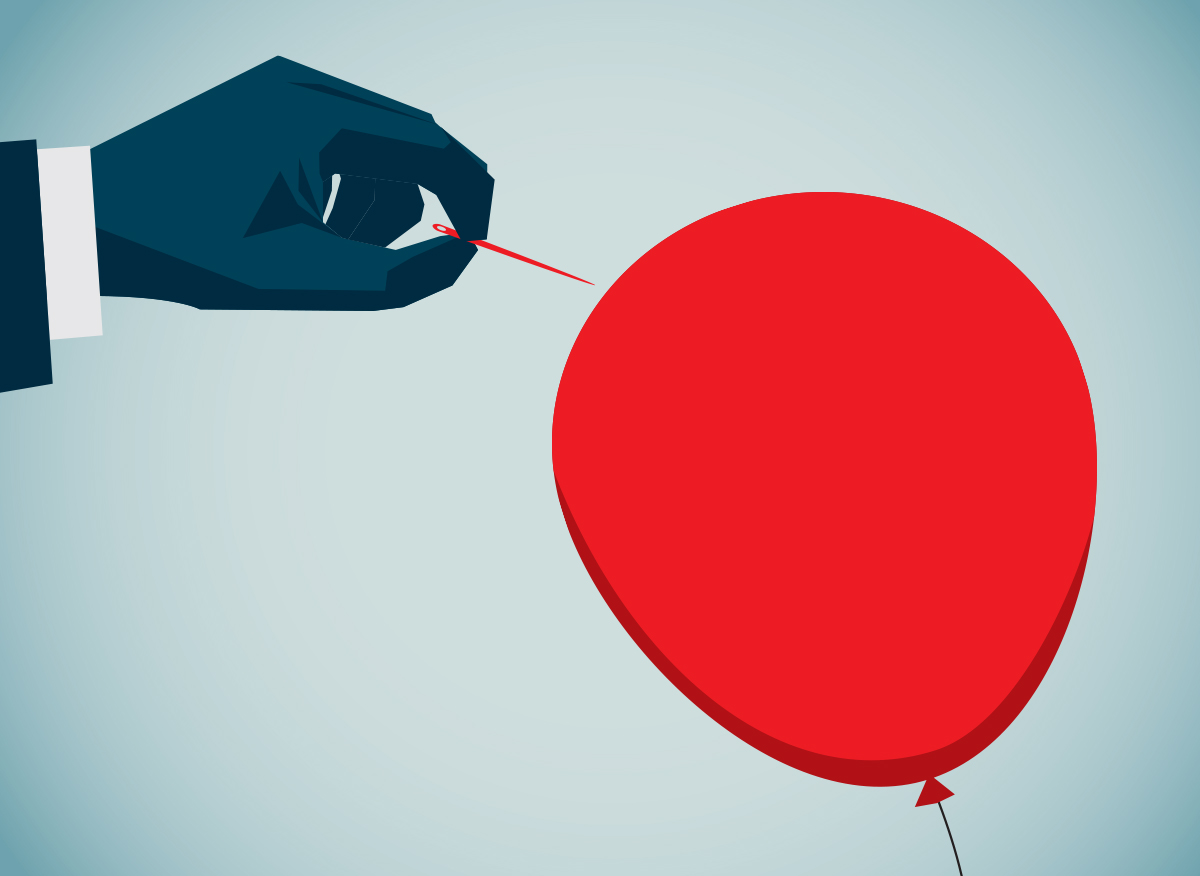 Back in the nineties

At the risk of oversimplifying, the 1990s are key to understanding the current state of academic work at Ontario’s universities. Four trends that emerged during this period have significantly reshaped academic work and led universities to systematically entrench economic inequality between faculty—fueling the growth of precarious academic work.

How do we know that? By following the money.

The first trend is the erosion of public funding for postsecondary education (expressed as government grants as a percentage of total university revenues) and the increasing share of postsecondary education costs paid by students. As a result, Ontario universities now trail the rest of Canada in public per-student funding and have the highest tuition fees in the country.

Although not as familiar, the third trend to emerge in the 1990s involved increasing university administrative costs and capital expenditures. Out of the Shadows, the 2018 report by the Canadian Association of University Teachers (CAUT), shows that both have exceeded the increase in faculty salary from 1972 to 2016 by a significant margin.

The final trend, which emerged in the 1990s and has grown alarmingly in the last decade, is the increasing reliance on precariously employed contract faculty by Ontario’s universities. While early evidence of this is buried in data on student population growth and increasing student-to-faculty ratios, often the true ratio is obscured. However, recent national research shows that between 2005 and 2015, there was a 79 per cent rise in the hiring of contract faculty and a 10 per cent decline in secure tenure-stream faculty hiring.

In Ontario, estimates indicate that reliance on precariously employed contract faculty has more than doubled in the last decade, with contract faculty now teaching more than 50 per cent of all Ontario university courses. It is worth noting that faculty represent the only employee group on Ontario campuses that experienced a significant growth in part-time positions.

Painting a picture of precarity

A growing body of national, provincial, and local research clearly shows that the majority of contract faculty have been teaching in a university setting for more than five years, are not securely employed elsewhere, and desire secure academic employment. University administrators have lost traction in their efforts to paint contract-to-contract employment as a side-gig for those securely employed elsewhere.

Many university administrators have tried diverting responsibility for the rise in precarious academic work by blaming government funding cuts. They argue that decreased government funding necessitates the reliance on precariously employed academics. While there may be some truth to this, universities are choosing to invest in their administrations, amass capital assets, and bank surpluses at the expense of faculty and students.

Universities are choosing to invest in their administrations, amass capital assets, and bank surpluses at the expense of faculty and students.

These trends paint a new image of postsecondary education in Ontario in which more than thirty years of government underfunding has resulted in Ontario universities becoming publicly assisted, not publicly funded; where universities are heavily reliant on skyrocketing international tuition fees; and where precariously employed, low paid contract faculty carry out the institution’s academic mission and deliver most of its teaching. As a result, Ontario universities have supplanted their shared educational mandate with one that values bureaucratic, capital asset, and surplus accumulation. This new mandate costs us all.

Ontario universities now have a fully entrenched two-tiered system of faculty hiring. Tenure-stream faculty are provided with job security, reasonable compensation, paid benefits, a pension, vacation, office space, support for research, and a voice in how their department and university are governed. Meanwhile, the substantially larger group of contract faculty on campus are provided virtually none of what the first group is offered. Many have to reapply for their jobs every term, are hired to teach courses for which they are paid less than their full-time tenure-stream colleagues, lack access to benefits, and are often not compensated for research and service work done outside of the classroom. To make matters worse, contract faculty are rarely acknowledged on campus—they fight to have their names on websites and office doors; are often excluded from decision-making structures, committees, and department events; and regularly have their needs overlooked in university training sessions and workshops. This two-tiered system of economic inequality fuels the growth of precarity within our ranks and diminishes us all.

The low level of compensation for contract faculty has further exasperated their precarious situation. CAUT’s 2018 report on contract faculty estimates that almost half of contract faculty in Ontario have combined incomes of less than $50,000, despite more than 90 per cent having completed graduate education at the Master’s level or higher. In addition, contract faculty are likely to continue to lose ground to their tenure-stream colleagues as a result of the Ontario government’s 2019 bill to cap academic salary increases at one per cent per year for three years.

Working conditions for precariously employed contract faculty affect their job performance and, more importantly, negatively impact their physical and mental health. Financial insecurity acts as a persistent barrier for contract faculty trying to plan for the future and contribute to their communities. Tenure-stream faculty are also negatively affected by this two-tiered system. Opportunities for collegiality and mentorship are reduced, potential research partnerships are lost, accountable and transparent collegial university governance is undermined, and administrative loads become overwhelming.

If the present situation facing contract faculty on our campuses isn’t enough cause for concern, the Ford government’s newly proposed funding system should be. The government is moving from a funding system primarily based on student enrolment to one based on performance metrics and outcomes. As noted by OCUFA, performance funding rewards universities that meet arbitrary targets while penalizing those that do not, thus producing a system of “winners” and “losers.” This new funding model will be introduced in 2020-2021 along with the third round of Strategic Mandate Agreements between the government and each university (SMA3). In its first year, 25 per cent of each university’s government grant will be tied to their performance on five metrics, and by the 2024-2025 academic year, 60 per cent of government grants will be tied to performance measured on a total of ten metrics.

According to the government, university performance will be measured based on skills and job outcomes (graduate earnings, graduates in programs with experiential learning, skills and competencies, graduates employed full-time in a related or partially related field, the proportion of students in identified areas of strength, and graduation rates), and economic and community impact (private research funding, federal research funding, community and local impact, and an institution-specific economic impact metric). It is worth noting that the governments’ definition and operationalization of performance metrics were created without any consultation with key stakeholders in the postsecondary sector and, therefore, without a real understanding of how education is delivered or evaluated.

Even though this new funding model is to be introduced in the next academic year, there are important details that have, at the time of writing, yet to be disclosed by the government. For example, will there be a range within which a university’s performance on a metric is deemed acceptable, or must they get a perfect score? What will happen to funding for universities that do not achieve their target performance? Will the money go to other universities that meet their performance goals, thus exacerbating inequities between universities, or will it flow back into government coffers, further cutting Ontario university funding?

Whether money is snatched from one university and given to another or cut from the system as a whole, neither outcome will strengthen postsecondary education in Ontario. Instead, it is likely that universities will face greater difficulty with long-term planning because of increased uncertainty over future finances. What can be said with a degree of certainty, however, is that a faculty renewal strategy to hire more contract faculty into secure tenure-stream positions will not be top of mind for universities.

At a minimum, performance funding will exacerbate the issues facing tenure-stream faculty, including increasing administrative loads. Under pressure to “perform” for funding, university administrations may also attempt to roll back collective agreement language around faculty workloads, responsibilities, compensation, research support, benefits, and pensions. For precariously employed contract faculty, the effects are more dire.

If universities begin to aggressively increase class sizes, eliminate course offerings, or succeed in imposing an increased workload on tenure-stream faculty, performance funding measures may lead to many contract faculty losing their jobs or having less work. However, as tenure-stream faculty retire and are not replaced, there will likely be an increased reliance on contract faculty. Neither scenario is favourable, especially given the latter will only further increase the percentage of faculty being hired into precarious contract positions.

If the Ford government’s performance funding model will make it more difficult to convert contract faculty positions into secure tenure-stream positions, then it is imperative to substantially narrow the gap between contract faculty and tenure-stream faculty salaries. With the introduction of SMA3, the government has asked universities to provide data on faculty workload and compensation. While this government likely has its own agenda for collecting this data, this is an opportunity to ensure the collected data is disaggregated by employment status and accounts for the disparity in compensation between full-time and contract faculty.

We would suggest that Ontario’s universities need to significantly increase course stipends for contract faculty. While this would not eliminate all the challenges facing contract faculty, it would provide a significant first step in compensating them fairly and reduce the incentive for universities to replace tenure-stream faculty positions with contract positions. We recommend that the stipend per course be raised to at least $25,000 per two-term course from the current stipend of roughly $15,000 per two-term course. At this level of remuneration, a contract faculty member teaching three courses in each of two terms would earn $75,000 per year (as opposed to roughly $45,000 now). In this scenario, the compensation for a contract faculty member would rise from below the average industrial wage in Ontario to somewhere between the average industrial wage and a starting salary for tenure-stream faculty members.

Is this proposal too expensive, as administrators will undoubtedly claim? The short answer is “no.” Although data on the exact number of courses taught by contract faculty is not available, we do know that contract faculty teach a little more than half the courses at Ontario universities. A reasonable ballpark figure might be 30,000 two-term courses (or 60,000 one term courses). If the cost per course were to increase by $10,000 for a two-term course ($5,000 for one-term course), the total price of our proposal would be roughly $300 million annually. Admittedly, this is a large number. However, as noted earlier, the accumulated surpluses at Ontario universities have been above $500 million every year since 2014. There is money in the system already to finance our proposal.

Kimberly Ellis-Hale is a contract instructor of sociology at Wilfrid Laurier University and Chair of OCUFA’s Contract Faculty and Faculty Complement Committee.

Glen Copplestone is an associate professor (Economics) in the School of Management, Economics, and Mathematics at King’s University College and Chair of OCUFA’s University Finance Committee.